EMBA UZH alumnae met at 7 a.m. on 2nd September 2021 at the Hotel Gotthard on Bahnhofstrasse for the event with an external speaker.

Over coffee and breakfast, Regula Eichenberger told us about her career and how she was the first female airline pilot in Switzerland to fly from Bern to Lugano for Crossair in 1983. It was fascinating to hear about the resistance she had to overcome – for example, the idea of a male superior that a female pilot should wear a skirt, despite the fact that this was totally impractical in the narrow cockpit of the aircraft in use at the time. Regula Eichenberger asserted herself in the matter and also in other matters in the male world of aviation (at Swissair at that time, women were not allowed in the cockpit as a matter of principle until 1987).

In the conversation among the participants from a wide range of industries, it became clear that some 30 years after the first flight with a female airline pilot, some resistance for women in the professional world has fortunately been overcome, but other obstacles remain stubborn. There was no shortage of things to discuss at length! 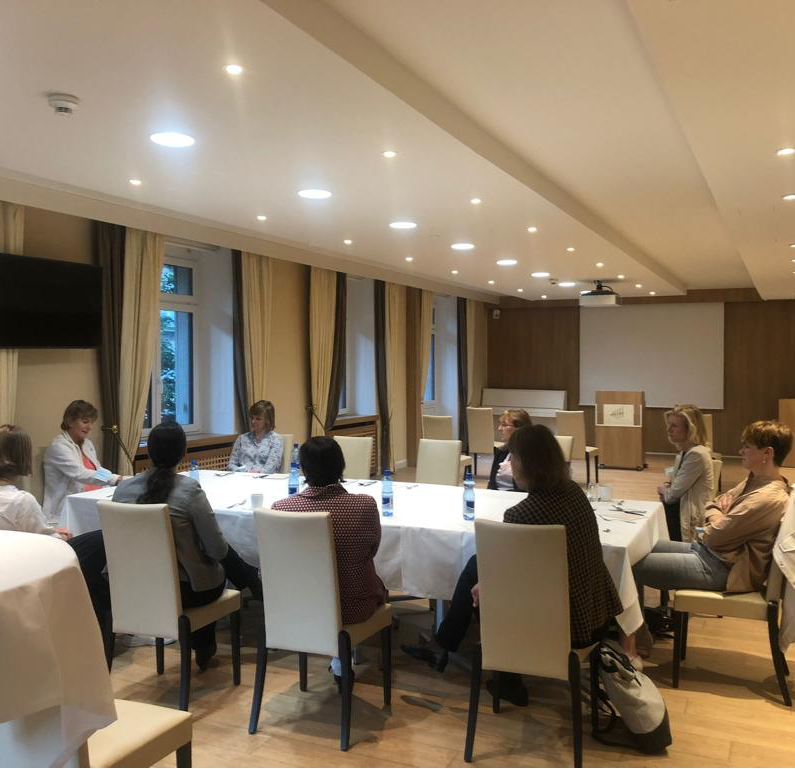