«There’s nothing more creative than a crisis in which you manage to remove the panic.» In the Primetower of Zurich Airport, Josef Felder tells his very personal story, how he has mastered crises and which leadership principles are central to his work.

Born in 1961 in Entlebuch, he lost his father at the age of 5 and was shunned by the community when his mother became pregnant by a neighbour 20 years younger than her. Bullied at school, not a week without fights, average grade 3.71, dropped out of school and just makes it through the sales apprenticeship. Some would probably have been broken, Josef Felder became crisis-resistant. 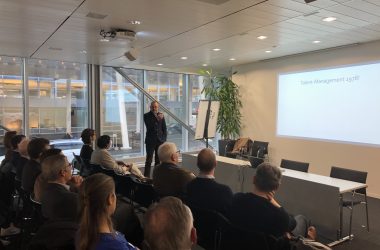 The airport could not have chosen better when it appointed him as CEO in 2000, as this was followed in 2001 by what Moritz Leuenberger rightly describes as an annus horribilis. After 9/11, the Swissair grounding followed at the beginning of October, and in November a Crossair plane crashed in Bassersdorf. And at the forefront was Josef Felder as head of the crisis team, who was active without interruption and had to master one crisis after another. He impressively describes how important it is to be prepared for a crisis, to have set up all possible scenarios and to have already thought through the worst possible scenarios. To show responsibility and stand up during a crisis and to work out and integrate the learning fields for oneself after a crisis is important.

«With power your humbleness needs to grow at the same time» – Josef Felder’s highest credo when it comes to leadership. He makes it clear how important the attitude and behavior of leaders is. Corporate culture is not something you buy with a seminar, it is the sum of the behaviour of the management team. 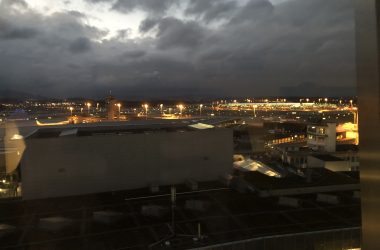 In the airport’s Board of Directors Lounge with the best view of the airport, wildly romantic, bathed in the colours of the sunset, Josef closes the evening with adventurous and funny anecdotes about the airport. An airport that was built in the 1940s on moorland in order not to use farmland for anything other than farming during the food shortage of the Second World War.