The Federal Council made this event possible in the first place with its decision in mid-May 2021. On Thursday, June 3, 2021, the first physical EMBA Alumni Event in 15 months took place with a visit to the Steinfels Brewery. 30 people from the EMBA Alumni Organization of the University of Zurich met in Zurich West in wonderfully pleasant temperatures. Actually, the Steinfels Brewery should have been visited a year earlier. But unfortunately this was not possible due to Covid19. Gianni, managing director of the Steinfels Brewery and Wolfgang, master brewer, took us on a little journey around the history of the Steinfels area in Zurich West as well as the art of brewing beer. 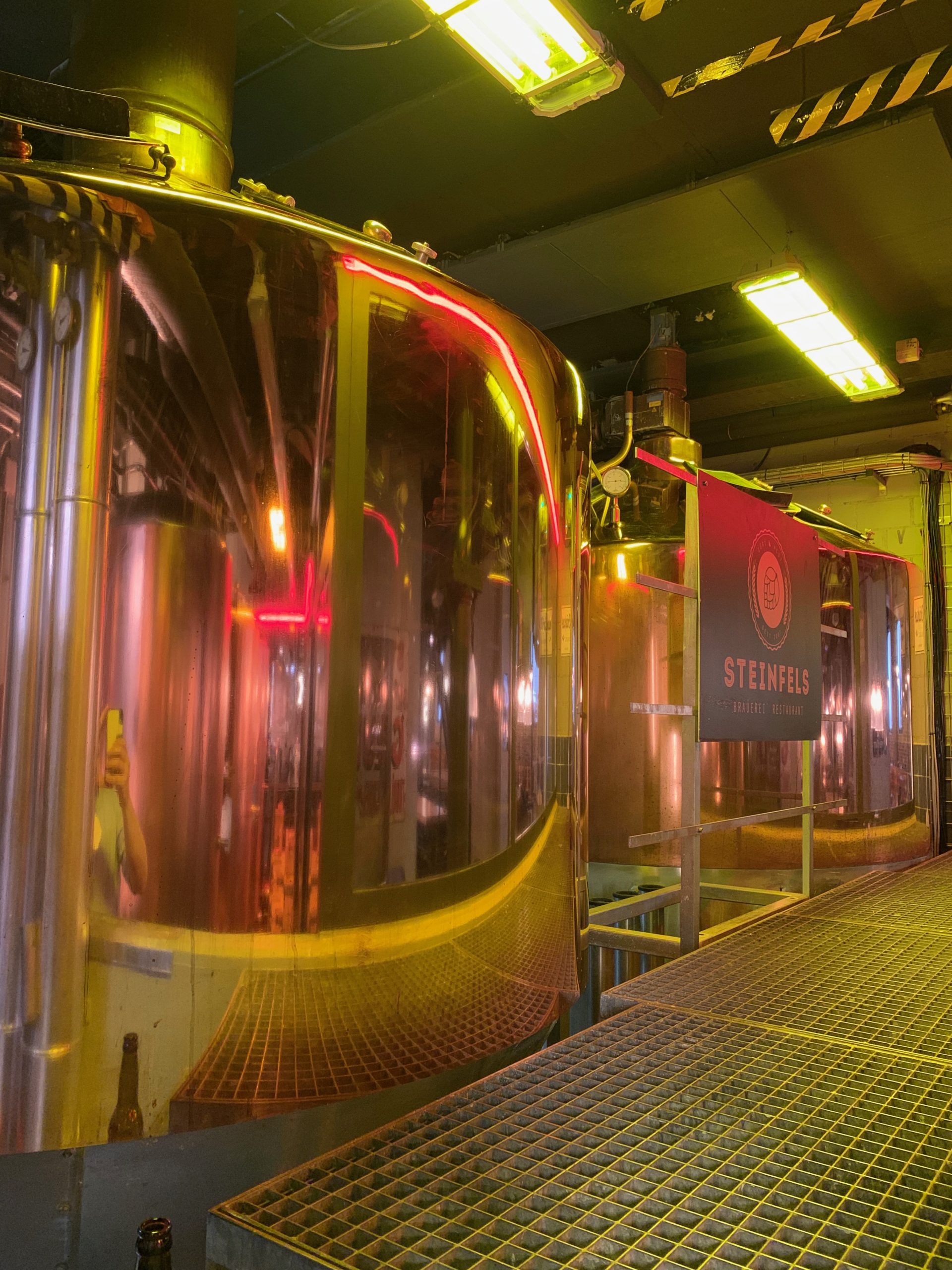 In the industrial quarter of Zurich West, Friedrich Steinfels AG produced soaps, detergents and candles until 1987. Due to strong and, above all, increasingly cheap competition from abroad, the company’s own production was partly discontinued or relocated abroad. After the end of the soap and candle production, the Steinfels area in Zurich was reused and real estate with offices and apartments was built. 20 years (2007) later, the brewing of own craft beer varieties was started. Steinfels Brewery is one of the oldest breweries in Zurich.

In the Steinfels brewery is brewed in the traditional way. The brewery is located in a glass house, directly in the associated restaurant Steinfels. According to Gianni, custom tanks were built into the brewery especially for Steinfels Brewery. Every millimeter in the brewery is perfectly used. The five fermentation tanks behind the glass panels hold a total of 10,000 liters. In the Steinfels Brewery, you can choose between the entire range of bottom- and top-fermented beer styles from Bock to Stout to Imperial IPA and Amber Ale. To match the refreshing beer, the kitchen whips up unique dishes featuring seasonal vegetables, fermented toppings, smoked meats and homemade sauces. In addition to the five standard varieties of lager, wheat, pilsner, IPA and stout, special seasonal beers are also brewed. 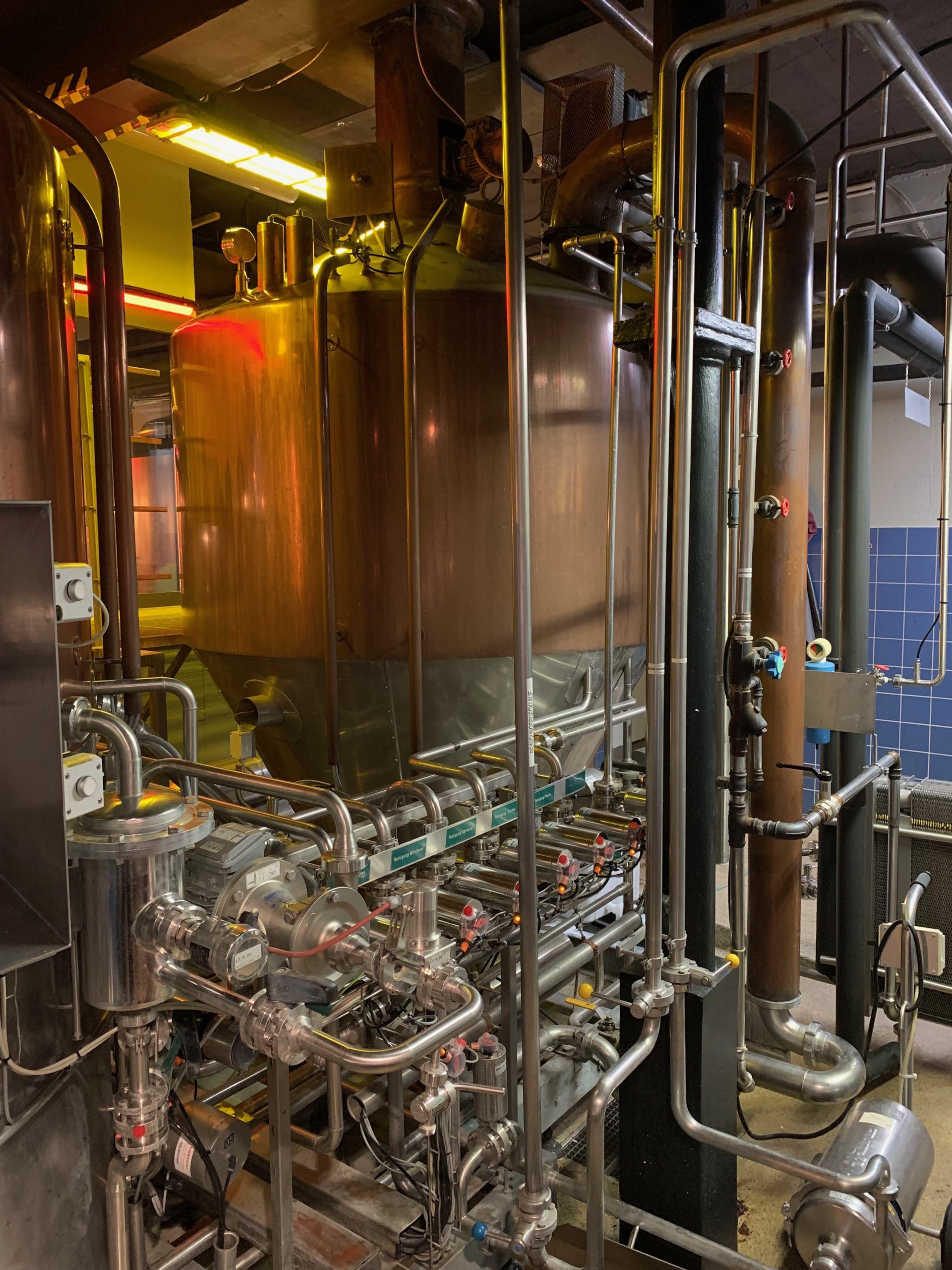 The biggest part of the beer production is sold in the own restaurant. The remaining part of the production is sold through a few selected partners in and around Zurich. Covid19 also left its mark on the Steinfels brewery. Production had to be cut back considerably and because the restaurant was closed, new distribution channels had to be developed. Gianni put a web store online and introduced factory sales. According to him, the factory sales are doing much better than the online business. Through this way of selling, many personal contacts with local residents could be established. This is post-Covid’s key insight: personal human contact and exchange cannot be replaced by Zoom, TEAM’s, WonderMe or other platforms. 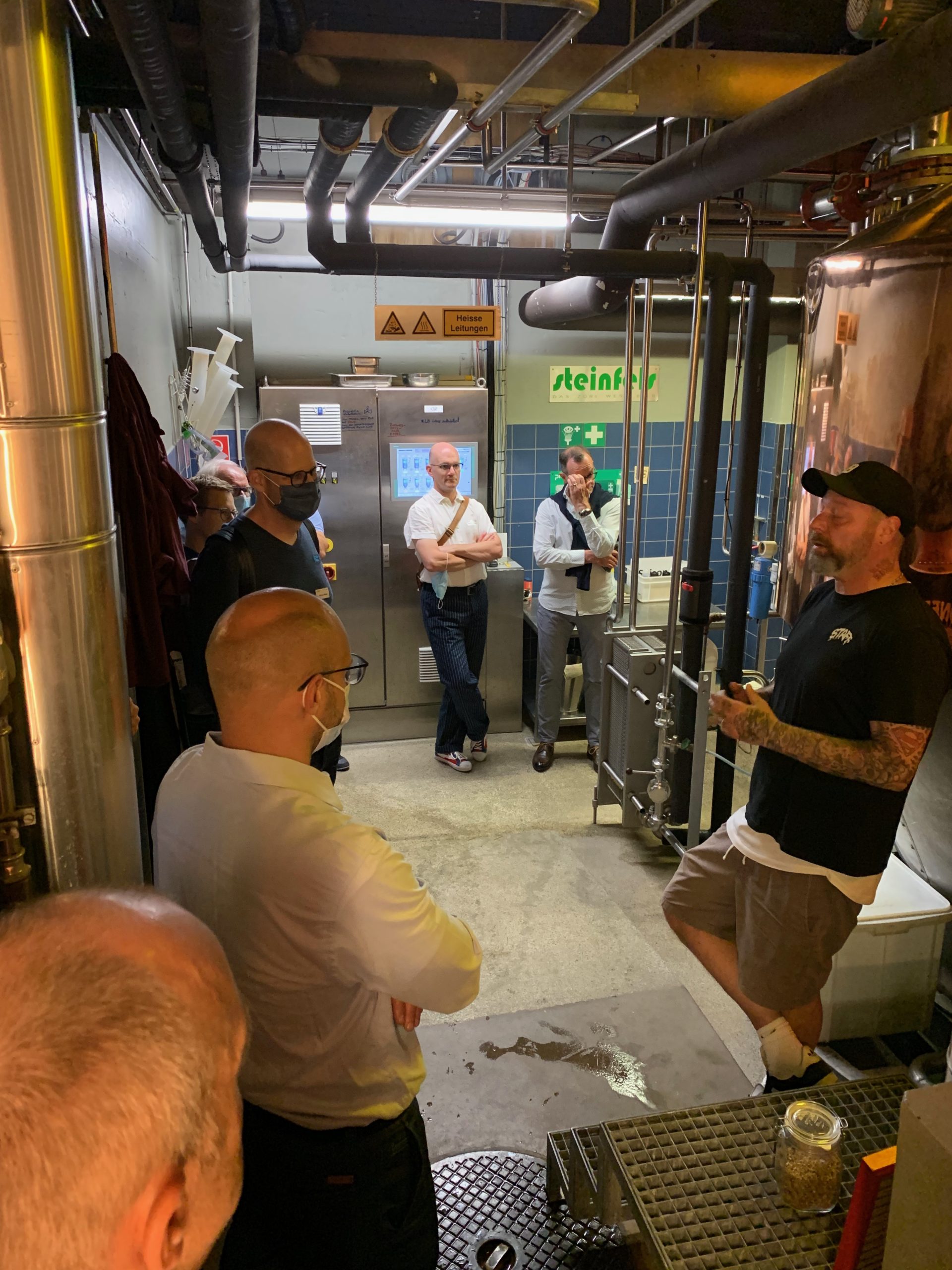 After learning a lot of interesting facts about brewing and the different beer styles from Craft Beer to Amber Ale from Gianni and Wolfgang’s explanations, we were allowed to taste the five standard beer styles. Each of the tasted beers comes directly from the tank into the glass without any detours. One or the other might wish to move directly into one of the apartments above the brewery. With this in mind: Salute. 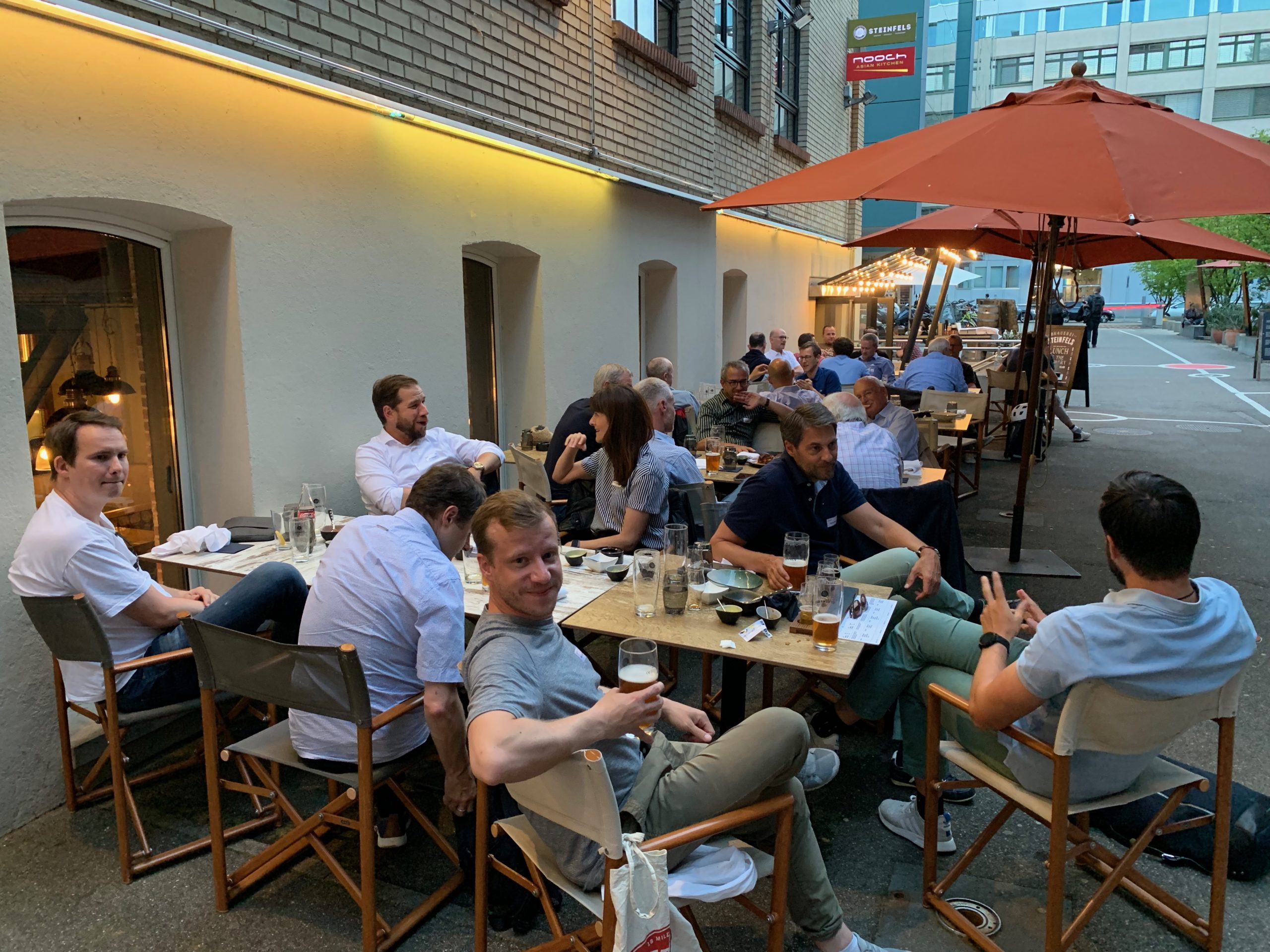